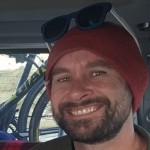 In 2012, Dominic completed a documentary film program at In focus Film School. Shortly after completing film school he was filming/editing weddings, working on client videos and collaborating on a feature documentary. Dominic worked in the film industry for 5 years working in both Production and Post. With all the skills Dominic has learned over the years he has chosen to focus on producing his own projects Dominic has recently moved to Nanaimo on Vancouver Island.